“Something is rotten in the state of Denmark.” Hmmm.. The New Yorker is promoting the Federal Reserve Chair Janet Yellen as the protective grandmother for the middle class and unemployed. Conspicuously absent in Nicholas Lemann’s profile in the magazine is her track record.

Does this seem like someone who is concerned with unemployment and the middle class?

Senator Elizabeth Warren (D-Mass.) proves to be our Marcellus. During a congressional hearing on the compliance of our oligopoly banks with the “too-big-to-fail” laws requiring them to craft plans for their own orderly breakups, Warren takes Yellen to the mat. Warren points out that at the time of its bankruptcy, Lehman had $639 billion in assets; today, JPMorgan has nearly $2.5 trillion in assets. In addition, Lehman had 209 subsidiaries when it failed; today, JPMorgan has 3,391 subsidiaries, or more than 15 times the number Lehman had when it went under.

This video clip is definitely worth 7 minutes of your time:

Yves Smith at Naked Capitalism has an excellent critique exposing the cozening grandmother that has no accountability to 146 billion voters. 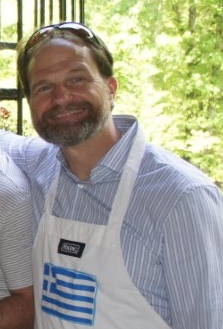 My newsletter is called "Potty Reading" because it covers a smorgasbord of interesting and entertaining topics. Stay informed, on many things. Click to Subscribe   Archive Past issues here